Challenges of large science system in a small coun...

Challenges of large science system in a small country : The Swiss case 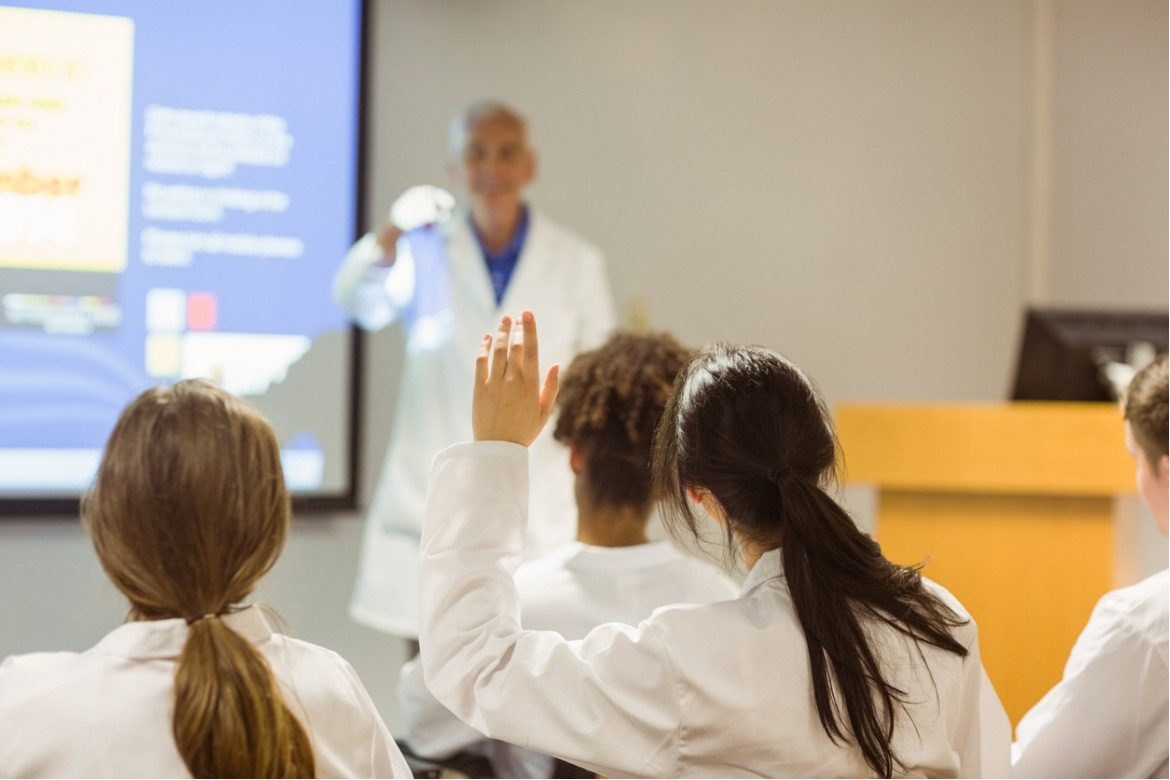 In science, there is a strong relationship between size and excellence. In any country, critical mass matters in order to be able to conduct excellent research and maintain a top-level higher education system. In many cases, what determines the effect of research and higher education on scientific and economic performance is the absolute amount invested. This is so because there are substantial indivisibilities in science at both the micro and macro levels. At the individual project and/or lab level, a wide range of S&T areas require the commitment of relatively large amounts of R&D in order to make these projects at all feasible (the minimum efficient scale of projects in such areas is large). At the economy-wide level, science, research and higher education require a vast array of supporting infrastructure and services and the availability of adequate manpower and financial institutions and markets. Moreover the ability of firms to capture the spillovers generated by universities and other firms in the same region or country also depends on the existence of a sufficiently large adjacent R&D sector. As a result – because the Swiss Science System (SSS) aims at excellence (which is a good thing !), it tends to grow continuously.

The Swiss Science System as a two-sided platform

One way to conceptualise such growth is to think of the SSS as a two-sided platform: The Swiss science system works as a platform to connect great scientists to great students. A two-sided platform recruits participants belonging to two different groups and ‘sells’ each group of participants access to the other group of participants. For a platform to operate successfully, it needs to grow on both sides: the increasing number of top scientists increases the value for students to join the platform and vice versa. To work like this, the system needs to gain momentum, build critical mass on both sides, and reach the tipping point. ¹Star scientists are disproportionately important in terms of creating momentum, building a strong research agglomeration and moving the system towards high equilibrium.

This is, thus, a system with positive feedback. This means that any evolution is amplified by self-reinforcing mechanisms. This can happen in both directions : strong systems become stronger and weak systems become weaker. There are thus multiple equilibria : a country can be trapped in a low-level equilibrium, in which there are few great scientists and few great students, or it can be in high level equilibrium, in which both groups are of a large size.

For a small country, the amount of investment and effort to start building an attractive science system can be huge in order to counterbalance the deterrent effect of its initial small size. There is, therefore, no secret about what it takes for a small country to win the platform game. The small country needs to deploy a range of factors and programmes to attract star scientists : great research infrastructures; generous support packages; efficient competitive grant system; high salaries, openness and global language; university leadership and autonomy to recruit and innovate; private sector contribution and interactions; quality of life; stable and democratic political environment and… great students. To secure the latter, the small country needs to develop a model offering top-level educational services (as indicated by the international reputation of its universities) for negligible fees in an accessible geographical location.

We know also from academic works devoted to the economics of multi-sided platforms that successful platforms violate the rules of pricing that every beginner economics student learns. They can sell their services to one group for less than cost. This is the case of Switzerland as a platform to connect scientists and students – services are sold to one group for less than cost (typically students) and the platform pays a high price to recruit participants of the other group (typically star scientists) – the goal being to reach critical mass on both sides.

It is also clear that not many countries can play this platform game. Most countries are simply not able to produce/attract enough star scientists. Countries with a disproportionately large sector of non-university research organisations (supporting a massive number of scientists who don’t teach and supervise students) obviously can’t play the platform game because the platform cannot sell to “students” access to a significant fraction of the scientific community (France, Germany). The only exception here is of course the USA – a country that can maintain both a big non-university research sector and top-level higher education institutions.

The ultimate question is, thus, what is the pay-off of such a two-sided platform game for a small country? Is the country not paying too much to overcome the challenges posed by such a game?

The problem of science in Switzerland is therefore a problem of a large system in a small country – a system that needs to grow continuously. This raises issues on both the supply and demand sides.

On the supply side, there aren’t, of course, a sufficient number of Swiss students and Swiss scientists to feed the system (note that the fact that Switzerland has an outstanding VET system increases the magnitude of the problem regarding students: a significant fraction of Swiss great students choose the VET option – there is no normative assessment here, this is just a fact). The response of the system on the supply side is necessarily internationalisation (in terms of students and scientists). The evidence is clear on the internationalisation of the Swiss system: Switzerland is obviously an outlier in international comparisons: it has reached such an extreme situation that we could talk of a science system based in Switzerland (rather than a Swiss science system).

As supply grows, this growth is self-perpetuating. Individual and institutional incentives to grow are aligned between higher education institutions, individual scientists, the funding agency and the political power at the national and cantonal levels. At each of these levels, there are clear rationales in favour of the growth of the system. The current system may be “incredibly successful” from the perspective of all these stakeholders – but at whose cost?

On the demand side, a question arises: does Switzerland need all this science? Domestic labour markets for highly skilled workers (both academic and non-academic) are small and the number of companies able to use academic science is not large. It is also remarkable to see that the growth of the science system coincides with a continuous decrease of R&D activities by Swiss SMEs. This latter trend reflects some sort of disconnection between the SSS and a large part of the SME economy.

The effects of the growth of the SSS on the demand side are quite obvious:
i) brain drain (an increasing fraction of Master/Ph.D. students will find a job in foreign countries);
ii) internationalisation of transfer of technologies (the academic labs are working increasingly with companies based in foreign countries).

Another type of system-level response involves the development of a start-up economy: graduate students create their own jobs in Switzerland or elsewhere to compensate for the small size of the highly skilled and scientific labour markets.

Our argument must be clearly understood: the excellence of the system is obviously a good thing and produces a great deal of benefits: quality of higher education institutions, quality of research, production of talents, an attractive scientific arena for the best Swiss and foreign companies, formation of highly competitive specialised ecosystems, and innovations. All of this is indisputable. Also indisputable are the virtues of internationalisation in the domains of science and research. However, the conditions pertaining to this excellence involves a system that must continuously grow if it is not to decline (positive feedback and platform game) and to do so despite the small size of the host country. These conditions oblige us to reflect on how this system can remain firmly attached to Swiss society and the Swiss economy, in spite of its high degree of internationalisation and tendencies to disconnect from the economy and society that are in a way inherent to this internationalisation of the system.

There is, therefore, a debate to be initiated concerning the questions linked with the connection of the SSS to the Swiss economy and Swiss society. These are burning questions since the growth of the former and its internationalisation will not stop: How can the SSS be better strategically profiled to meet the country’s economic and societal needs successfully?

Does the SSS today correctly address societal challenges and Switzerland’s specific research needs and industrial problems? What technological policy would enable SMEs to reconnect, and what developments of the system would facilitate this reconnection? Does the system pay enough attention to citizen science? Does the system accurately measure and share with the public its social/economic contribution?

On this basis, a lot of strategic actions could be undertaken

Clearly, a number of the above-mentioned actions have already been embarked on, but the problem of a large-scale science system in a small country should oblige us to go much further.

– ¹Star scientists are the ones who are really exceptional in terms of research outputs so that they generate a disproportionate research impact. 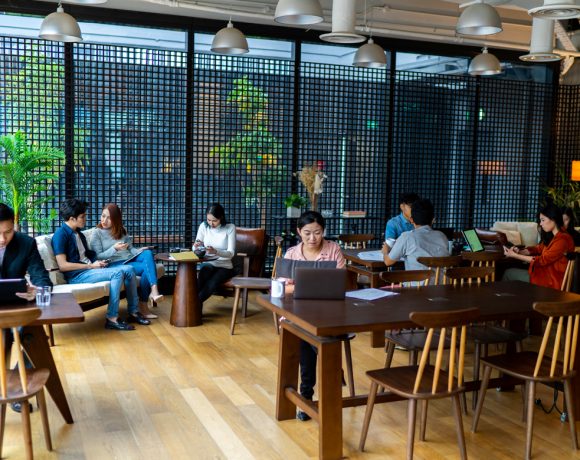 Dominique Foray is full Professor, Chair of Economics and Management of Innovation, and Dean of the College of Management of Technology at the Ecole Polytechnique Fédérale de Lausanne (Switzerland). He is also Vice-President of the Swiss Science Council and Chairman of the Advisory Board of the Swiss Economic Research Institute (at ETH Zurich).