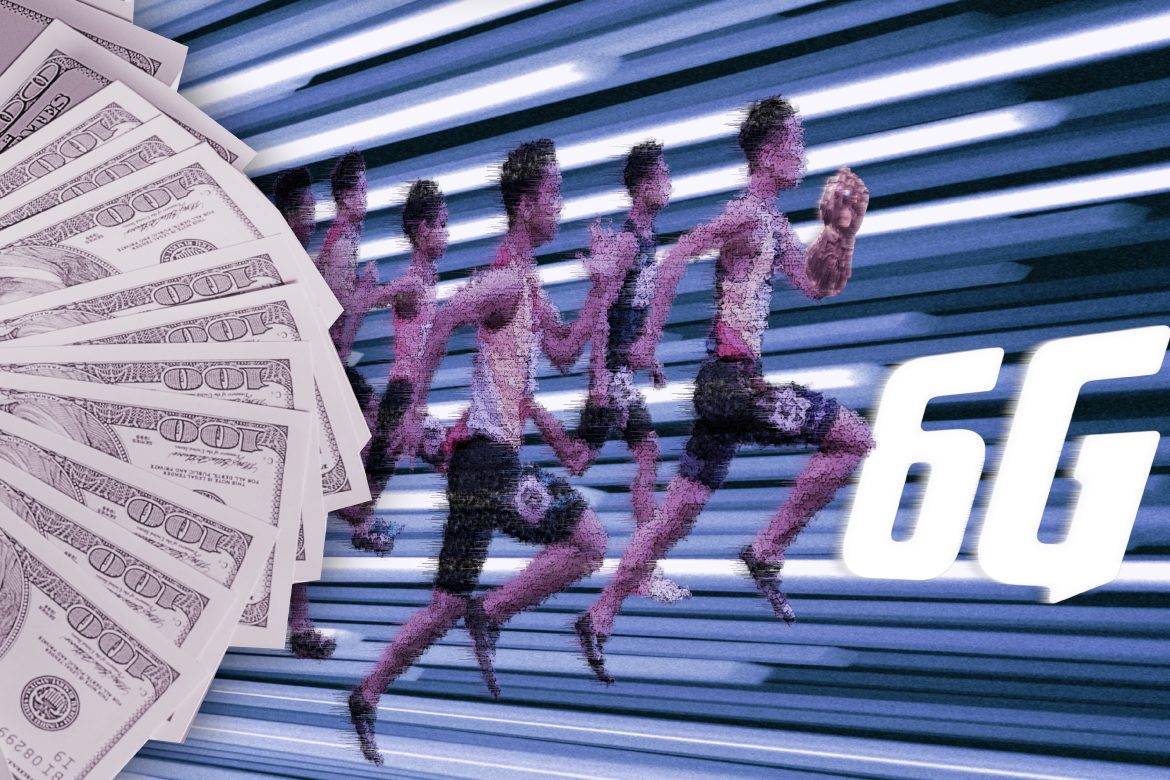 Now that we are cautiously optimistic about the prospect of travelling again, we may soon find ourselves in the situation of searching for the right entertainment on the road or on the plane. According to experts, by 2030, you will be able to get all the movies and TV shows you could ever want with you on your trip – within one second. 142 hours of Netflix or 47 times the lengthy blockbuster “Avengers: Endgame” in one single instant; these are the download speeds – 1000 gigabytes per second – that are projected for the sixth generation of mobile communication technology (6G). To put this in perspective: current 4G networks offer maximal download speeds of 0.0375 gigabytes per second, and 5G will hopefully soon run at 1.25 gigabytes per second.

But the applications of the next technology standard will go far beyond just Netflix – that is, if you believe the people involved, it is about bringing a truly interconnected and digital economy to flourish for a new digital revolution. Once devices have nearly limitless bandwidth, delay-free feedback loops become the norm. So, before most of us really get to experience the benefits of the 5G network, the heavyweights in communications technology are already gunning to reap the benefits of being the first mover in the 6G space. The US, China, South Korea, and the European Union all are hoping to set the future standard and position their industries at the core of the next digital revolution. Now Singapore joins the ranks, partnered with the Finnish-led 6G Flagship, in the race beyond 5G.

Singapore’s ambitions in 6G are part of a US$50million program under the newly launched Future Communications Research and Development Programme (FCP) by the Infocomm Media Development Authority and the National Research Foundation. At the Asia Tech Summit in early July, the Deputy Prime Minister and Coordinating Minister for Economic Policies, Heng Swee Keat, announced that with the FCP they will invest in game changers for the next generation of communications infrastructure to stay at the forefront of the digital economy. Under the lead of the Singapore University of Technology and Design (SUTD), the programme will offer grants, develop testbeds, and support local talent to foster cutting edge products, services and companies. “The research objectives the program seeks to address are significant, but the resources we can commit as a small nation are modest […] While each of us can pursue research excellence individually, our efforts are greatly multiplied when we work together”, said Heng.

From “connecting people” to research institutions

True to his call for collaboration, the Deputy Prime Minister announced the first Memorandum of Understanding (MOU) with 6G Flagship, a partnership with the University of Oulu from Finland. The Finnish program is the self-proclaimed first and leading 6G-research initiative backed by the Finnish State and industry partners with about US$285 million (from 2018 to 2026). That the future of telecommunications might develop in Oulu, one of the most northern cities of the EU, is not very surprising.  It is historically connected to Nokia and already has a successfull track record with 5G. In the heyday of the Nokia 3310,  the city was the research and development centre of the national icon and, in the last couple of years, has managed to turn the devastating decline of their once biggest employer into a new start. In leveraging the historic ICT-knowhow and creating international ecosystems like now with 6G, Oulu is partnering not just with Singapore but also with South Korea, Japan and the EU’s Hexa-X project. The Singapore-MOU is out to organise 6G workshops, and launch joint research, and education projects with the aim of standardising and bringing forth the regulatory development of 6G technology.

Will the smart nation come to her senses?

Singapore’s involvement in the early stages of the 6G-technology is part of its vision of becoming a “Smart Nation”, where data flows in from every facet of Singapore’s public life and is used to increase efficiency and productivity of both society and economy. The vision would also establish them as a node for digital services in the region, so the interest of the Lion City in helping set the next standard for mobile communication technology is evident. The director of the FCP programme Professor Tony Quek put it plainly “in order for Singapore to stay ahead and be a leading Smart Nation, we need to invest early in future communications.”

The professor also added what he thinks the new digital revolution could bring forth: If 5G was the enabler for the Internet of Things (IoT), the new 6G standard with its incredible speed and low latency, could realise the Internet of Senses (IoS). This means that the limits between the digital and physical world would become indistinguishable thanks to the next generation of artificial intelligence (AI), augmented reality (AR) and virtual reality (VR). Media will be not just be consumed via screens, but directly link to our senses of sight, sound, taste, smell, and touch.

Although the prospect is exciting, I will forgo the smell, taste, and touch of the epic battles of the Avengers for now, and proceed to enjoy my travel movies on my small screen.