Edge-AI chips for the next gen..

The future small satellites open up with developme...

The future small satellites open up with development of propulsion systems 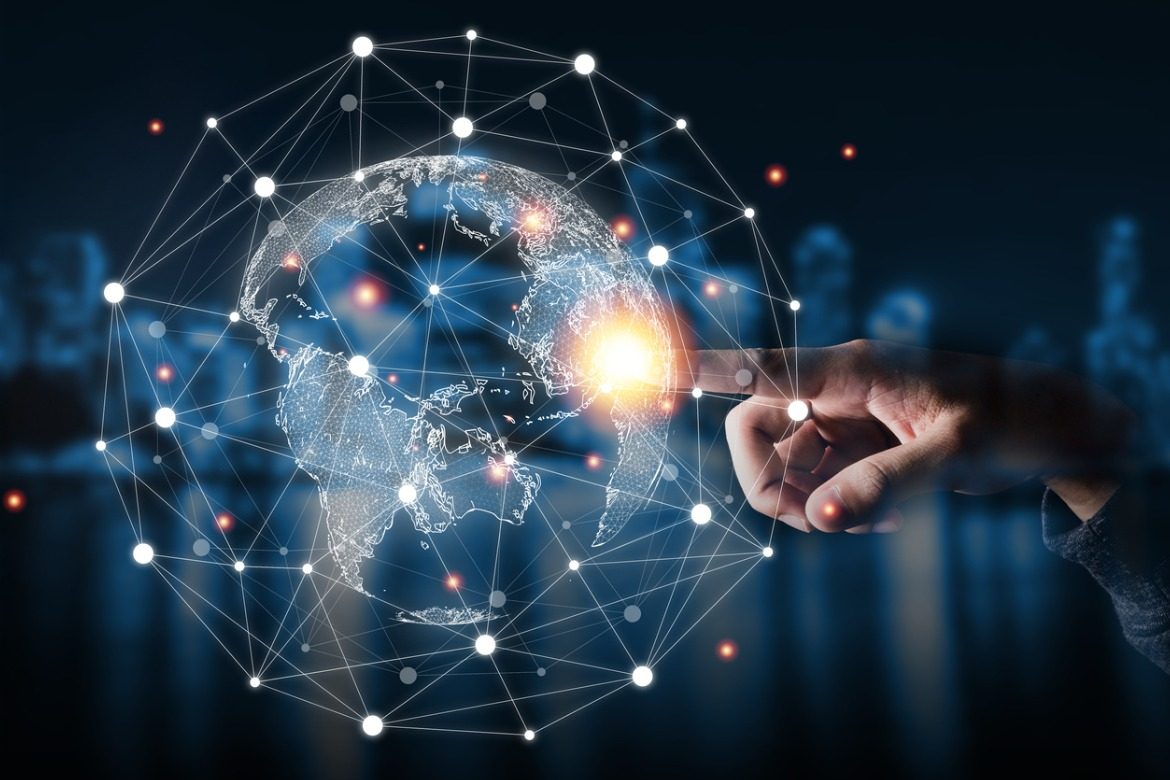 What is necessary for human beings to expand into space? While the motivation itself is an inherent question, the expansion of the activity sphere has been the driving force of human development since prehistoric times. I would like to set the starting point of this article after that.

Today, we benefit from many space technologies such as broadcasting satellites and GPS, but space is still unfamiliar to many people. This dissociation seems to be caused simply by the cost of space utilisation (a “usual” satellite costs about 300 million dollars!!). Therefore, as in other industries, there is a need to expand its scale and advance its technology. That scaling requires establishing a self-sustaining space economic sphere by the private sector; instead of government-led space development that leads to competition for a fixed pie.

Such a movement has progressed in the last 20 years, and small satellites are one of the driving forces. Small satellites, enabled thanks to the growth of electronics and other technologies, have lowered the threshold for space activities and have brought about many benefits, including the entry of new players, the challenge of new technologies, and the revitalisation of the technology/human resources cycle.

Expanding the potential of small satellites

Small satellites have brought excitement to the space industry, and many startup companies have been founded and are competing with each other now. However, they have not yet established themselves as a self-sustaining system, and it seems similar to the chaos at the dawn of the Internet in the 2000s. For small satellites to drive the space industry in the future, three developments are inevitable: expanding the activity sphere, diversifying space economics, and sustainability.

The first item means relieving the small satellites’ activity from the very surface of Earth’s surface, called low Earth orbit, to a further distance: a 36,000-km-altitude orbit above the equator named a geostationary orbit: GEO and the Moon and its surrounding orbits. The GEO is the primary domain of today’s space industry due to the convenience of keeping the satellite position against the Earth’s surface. The Moon is attracting attention as a port and testing field for further deep-space and a space-mining site for water and metals.

This expansion relies on the growth of launch vehicles and micro-propulsion systems. The launch vehicle is the only way to deliver the satellites to space, and its capability directly determines future space development. They have now started offering various options to meet the small satellite demand compared to a decade ago, including ride-share launches,  simultaneous launches of multiple satellites, deployments from the International Space Station (ISS), and dedicated small launchers. But, it needs further enhancement of the capability and cost-down toward GEO and the Moon. In addition, space propulsion systems enable satellites to change their trajectory once they are in space to perform diverse missions. The propulsion system suited for the small satellites, namely micro-propulsion, is necessary for more diverse missions. These are similar to the relationship between global transports by rail or air and local ones by car or bicycle.

Future space missions should be much more diverse while currently they are limited to narrow domains like communication, positioning, Earth observation, etc. Because “space” means just the location that is outside the Earth’s surface, all industries on the ground can also appear in space with modified styles. The missions should be more diversified to elicit various players from various fields and expand space economics.

The limitation of the current space missions comes from many factors: spacecraft size, power generation, communication, propulsion, and so on. The size and power have been and will continue to be mitigated by the technologies developed on the ground. The propulsion is also a key for this, as mentioned above. The one remaining major challenge is communication.

Clues overcoming the issues could be autonomy and interoperability of the spacecraft. Here, autonomy means the onboard satellite computer playing the role of a ground station operator, and a fully or highly autonomous satellite system reduces the need for communication. On the other hand, the interoperability realises the collaboration of satellites with different roles, and inter-satellite communication networks in space will eliminate one-to-one communication, such as cell phone networks on the ground.

Additionally, implementation of both concepts will also realise more advanced worlds. Today’s satellites are more like radio-controlled cars, each one controlled from the outside. Interoperable autonomous satellite systems can form a kind of ground traffic system where each car knows what’s going on around it and drives accordingly. In analogy with it, satellite groups could appear in space to take on gas stations, tow trucks, repair/maintenance factories, traffic control (signals, signs), patroles, etc.

Moreover, the most important point is that we must carry out those extensive and diversified activities sustainably. The greatest concern is space debris: used rockets, satellites, and detached parts flying still in space. Those have incredibly high energy, and these collisions easily destroy a satellite and create thousands of additional debris. Technically, preventing this problem requires self-disposal, collision avoidance, and active debris removal. Again, in the analogy of the ground traffic system, these correspond to the gas station network, traffic control and monitoring, and accident vehicle handling. Those need much higher capabilities than current satellites have, but they are crucial in the world where the number of satellites is many orders of magnitude larger than today.

In addition to the technical aspects, this problem contains difficulty in creating a framework. The threat of space debris is not for the satellite or rocket itself that generated the debris but overall future space activities. It is very similar to the problem of carbon dioxide emissions on the Earth. The recently emerged attempt to rate the sustainability of each satellite is a promising element of such a framework because the private sector will be more dominant in the future space economy.

This perspective shows that a single technology cannot resolve the future of space activities but multiple technologies, systems, and frameworks can. Therefore, space startups are emerging all over the world to solve these issues in various aspects. Even if we look at startups only in Japan, we can find that they cover most of the areas mentioned here: for instance, ispace is working on expanding the space ecosystem from Earth to Moon; Interstellar Technologies and Space One are to build launcher vehicles for small satellites; Pale Blue is providing water-based micropropulsion systems; Axelspace develops small satellites and proceeds its autonomous operation; ArkEdge Space builds 10-kg-class satellites; Synspective and iQPS are conducting Earth observation by Rader instead of the conventional camera photography; Infostellar, inc. is providing ground communication-site network; Astroscale is to develop the debris-removal technology and lead creating the associated framework.

For all the three items mentioned above, propulsion is the critical technology. It accelerates a spacecraft by the reaction force of pushing out its onboard mass (called propellant). Acceleration in space is an essential function for orbit-to-orbit transfer for the mission, orbit adjustment and maintenance during it, satellite disposal after it, and many other advanced tasks that will appear in the future.

In this situation, The University of Tokyo team has led the world in propulsion systems for small satellites. The team succeeded in drastically reducing the power consumption of the ion engine, and they developed an electric propulsion system that requires only about 10 liters, 8 kg, and about 30 W of power. In 2014, this engine was installed on a 50-kg-class small satellite called “Hodoyoshi 4” and successfully operated in space. It was the world’s first operation of the ion engine on a small satellite.

Xenon is an excellent propellant for small satellites in terms of its non-toxicity and compatibility with ion engines, but it has the disadvantage of being stored in high pressure. High-pressure gas is a significant obstacle to miniaturisation and is subject to safety reviews as a hazardous risk, and in some cases, may not be approved. In this context, water has attracted attention as a propellant for next-generation small satellites. Although water is not superior to xenon in propulsion performance, it has advantages in safety, procurement, handling, and utilisation through space mining. Space mining is the concept of mining materials on the Moon, Mars, small asteroids, etc., for use in propellants and structures and is seen as an essential element for future human activities in space. Water could be the most critical resource because it exists widely in space and has a wide range of use.

The University of Tokyo team started research in 2015 on water ion engines and water resistojet thrusters and is now working on their practical applications. The water ion engine works with water vapor instead of conventional xenon gas and is leveraged by their experience and achievements in the small ion engines in space. The water-resistojet thruster heats and exhausts water vapor, featured by its simplicity and smallness as well as a gas thruster. It is installed in the 10-kg-class satellite, EQUULEUS,  and used for the orbit transfer to the Moon orbit (one of the secondary payloads on the first Space Launch System mission by NASA).

The researchers at The University of Tokyo founded a startup company, Pale Blue Inc., in 2020, motivated to drive the small-satellite space industry by using water propulsion technologies. They plan an in-orbit demonstration of the unified propulsion system using the water ion engine and the water resistojet thruster. Their propulsion system is scheduled to fly in space as the third vehicle of JAXA’s Innovative Satellite Technology Demonstration Program in 2022. This program provides space demonstration opportunities for instruments and components developed by private companies and universities. Their propulsion system would fit in 15x15x15 cm3 and 4 kg (the specified size and mass by the program). 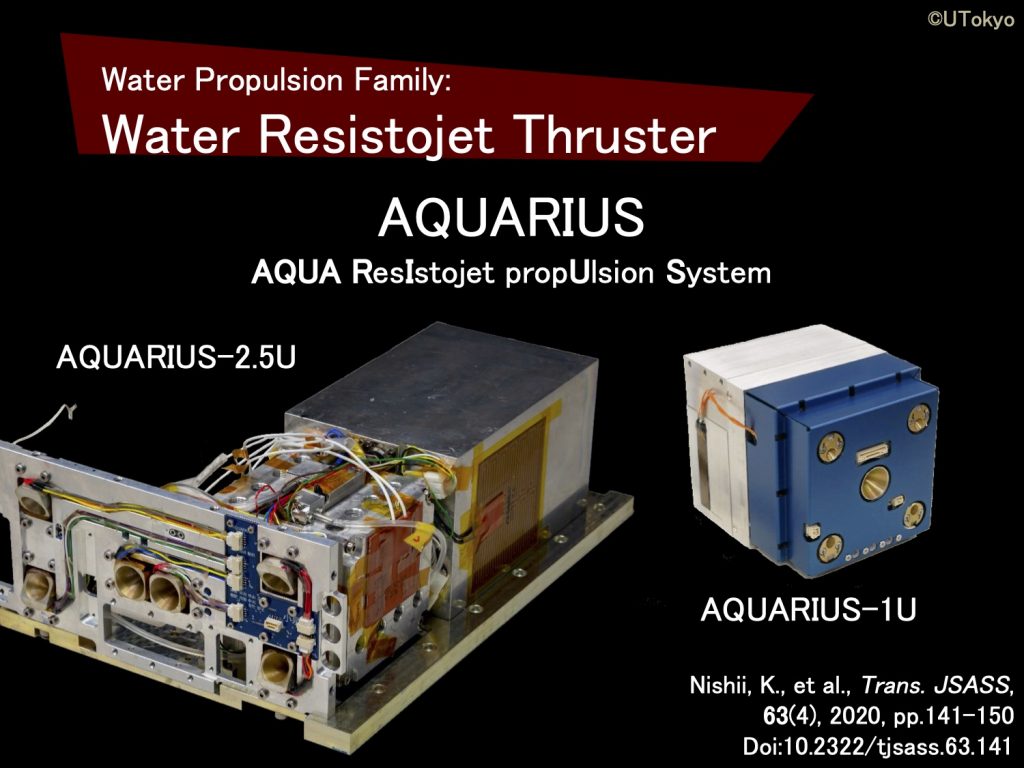 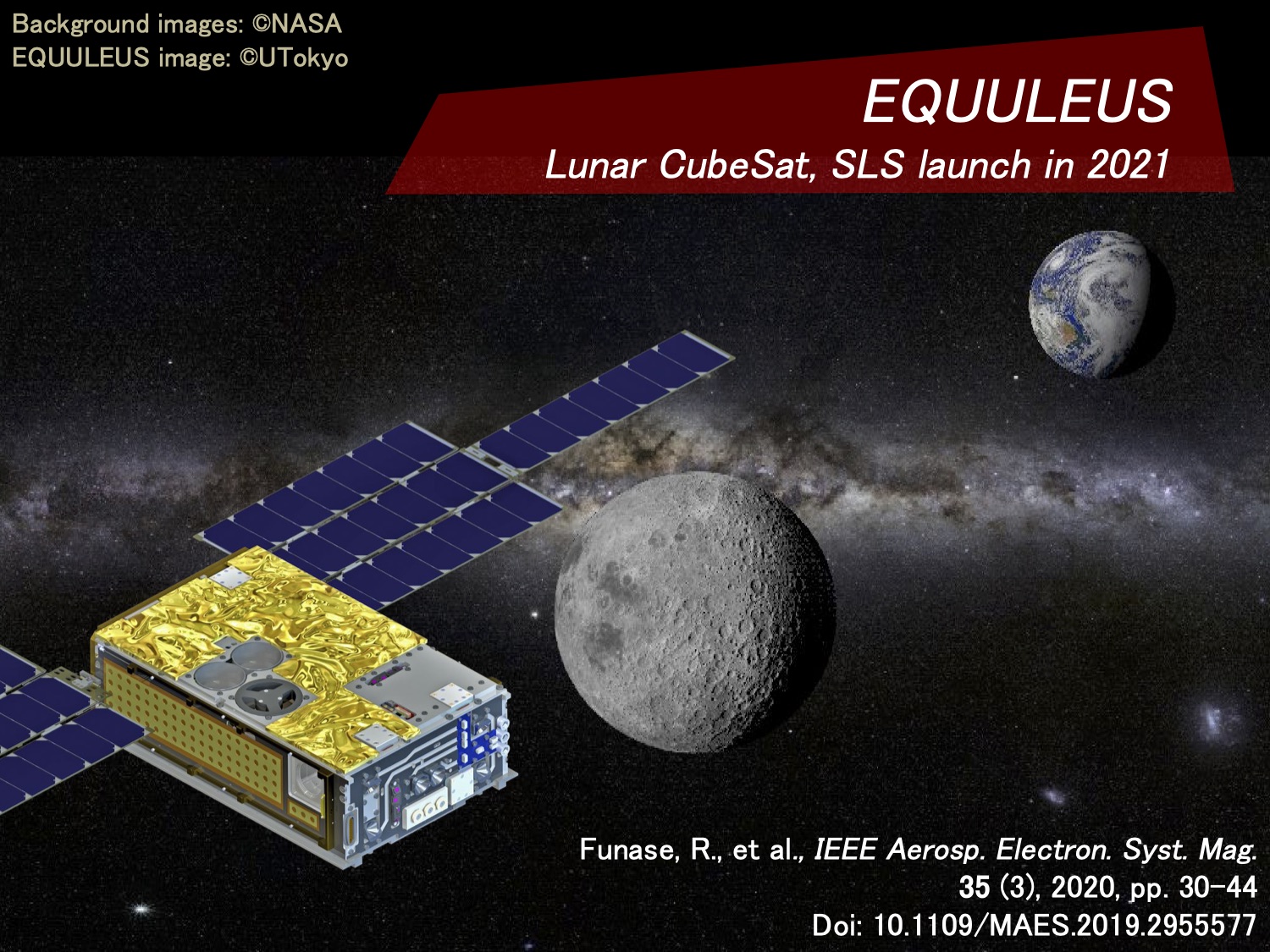 From Science & Technology Office Tokyo, Embassy of Switzerland in Japan: In collaboration with EPFL Space Center, the S&T Office Tokyo has recently hosted a series of talk events as part of the EPFL Virtual Space Tour project. One of such events on space debris welcomed a speaker from Astroscale, mentioned in this article. Find the video of the event below. 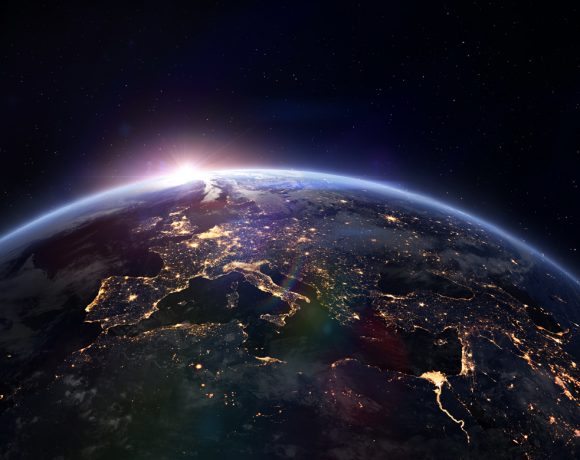 Japan, pioneer of transferring Solar Energy from Space to Earth! 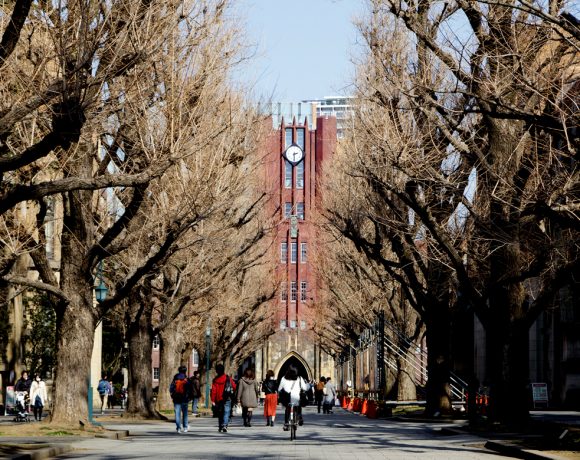 Hiroyuki Koizumi is an Associate Professor in the Department of Advanced Energy and Department of Aeronautics and Astronautics at the University of Tokyo, Japan, where he directs the Space Propulsion Laboratory and leads the developments of micro-propulsion systems for microsatellites: Hodoyoshi-4, PROCYON, AQT-D, and EQUULEUS. In 2020, he started working as CTO at the space-propulsion startup Pale Blue Inc., that was founded by him and engineers who got Ph.D. at his lab. Previously, Hiroyuki Koizumi served as an Assistant Professor in the Institute of Space and Astronautical Science at JAXA from 2007 to 2011, where he was involved in Hayabusa-1 project and he was responsible for the operation of the ion engines mu-10 and the retrieval of the Hayabusa capsule at Woomera in Australia. He received a B.S. in Mechanical Engineering from Keio University, and M.S. and Ph.D. degrees in Aeronautics and Astronautics from the University of Tokyo. He was awarded the International Electric Propulsion Conference Best Paper Award (2015) and Prizes for Science and Technology, the Commendation for Science and Technology by the Minister of Education, Culture, Sports, Science and Technology (2017). Since July 2021, he has been conducting research at the EPFL Space Center, École Polytechnique Fédérale de Lausanne (EPFL) in Switzerland.