Future is Now in Seoul, Korea

The Embassy of Switzerland in India hosted a conference on Women in Technology and in AI in the cities of New Delhi and Kolkata in November 2019. The conference hosted prominent women academicians, entrepreneurs and business leaders from Switzerland and India who shared their insights on the challenges faced by women in tech and solutions for a more gender inclusive tech community. The article reflects the thoughts and ideas shared by the speakers.

Emmy Noether was a German mathematician and theoretical physicist in the early 20th century. She studied mathematics at the University of Erlangen. In 1907, she began teaching at Erlangen’s mathematical institute, where she worked for seven years without pay. In 1915, she joined the acclaimed mathematics department of the University of Gottingen. As women were excluded from the academic community at the time, Noether was forced to teach under the name of a male faculty member. She died of complications from surgery in 1935 : by then, her work had begun to be widely recognised. Her contributions to abstract algebra and theoretical physics were later acknowledged by the likes of Albert Einstein, Pavel Alexandrov and Norbert Wiener.

Emmy Noether came to be known as the mother of modern algebra. But at the peak of her career, Noether was forced to work in obscurity and for negligible compensation.

We are now in the 21st century, and we find that things have hardly progressed for women in the fields of science, technology, engineering and mathematics (STEM). Let us take the example of Isabelle Collet, Associate Professor at the University of Geneva in Switzerland. Isabelle graduated in the 90’s with a degree in digital image processing. At the time she was a young married woman and was denied jobs on the grounds that she was likely to prioritise maternity over her occupation. (Isabelle went on to become a sociologist and did her PhD on the subject of gender and technology).

The scenario is not very different in India. Prof. Isha Dewan from the Indian Statistical Institute in New Delhi says that the percentage of female faculty and students in premiere mathematical and technology institutes such as IITs have, to date, not exceeded 15%. While the total number of women in the IT workforce in India is high (34% against a global average of 20%), nearly 50% of them drop out of the workforce and less than 7% reach the CEO levels. Same can be said about the fields of Artificial Intelligence and Machine Learning.

What if the biggest problem for women in technology was technology itself?

Let’s take the example of Amazon’s recruitment tool that went rogue: Amazon announced an experimental AI based recruitment tool in 2014. This tool could process hundreds of resumes and pick out the top five ideal candidates. It generated a lot of excitement among potential buyers. However, it turned out that the tool had a problem – it was rejecting female candidates.

The data fed into Amazon’s tool was taken from resumes of male candidates received over a period of ten years or so, clearly indicating the male dominance in the industry. Naturally, it began showing a bias against female applicants. The tool was eventually scrapped as the problem could not be rectified.

Human bias has already seeped into technology. And before these technologies are perfected, measures have to be taken to prevent the bias from spreading any further. To do so, more women would need to enter the workforce.

Priska Burkard, COO of ‘Girls in Tech’ (Swiss chapter) and the ‘Co-Founder of TechFace’, says that women struggle with feelings of inadequacy in taking on tech based roles. She finds that many women are interested in joining the fields of AI and other technologies, but are largely unaware of roles or companies they could apply to. When they do apply, they are often rejected by the companies or by AI based recruitment tools.

Staying in the tech workforce

Balancing familial obligations and professional ambitions is often cited as the main deterrent for women in pursuing their careers. If women are to continue in their tech careers, institutional support is essential. Pampa Basu, Head of IT Operations at ITC Tobacco and Supply Chain Divisions, brings up the role of companies in retaining women in tech. “The way consulting companies and research institutions are clustered across India, you will find it necessitates a lot of time commitment. Tech jobs are rarely 9 – 5, and women find that they cannot go home early. They need work-from-home facilities, telecommuting facilities, etc, to help them stay in their jobs,” says Pampa.

Luna Pattnayak, Program Manager & Inclusion Leader at Capgemini Technology, also iterates the role of companies in encouraging their female employees. By offering them regular training opportunities for upgrading their skills and grooming them to take on leadership roles, companies can get women to be more invested in their careers.

Towards a more gender inclusive future

Namrata Mukhija is a Software Engineer at Microsoft and the ambassador for ‘Women in AI’ in India. She talks about the numerous contributions women have made so far in technology, and how they have gone unnoticed. As Namrata says, “technology has women in its DNA.”

Ada Lovelace was the first computer programmer in the world

If the future has to be more gender inclusive, changes will have to be made at the grassroots level. Young girls will have to be inspired to enter mathematical and engineering fields of study from an early age. Christina Riesen, Founder & CEO of ‘We Are Play Lab Foundation’ in Switzerland is already exploring forms of teaching to encourage girls into STEM.

Women in tech are often disconnected from one another due to the lack of platforms or forums where they can connect and network with their peers. As women join / move up the career path, they require strong female mentors who can guide them on their career progression and help them navigate the dynamics of this male dominated industry. Organisations such as Priska Burkard’s TechFace have taken a two pronged approach to this problem: by grooming women to apply for tech based jobs and helping companies to undo their internal bias. Similarly, organisations such as ‘Women in AI’ and ‘Lean in Women in Tech’ provide a support system through their mentorship programs and networking events.

While support systems are essential, they are by no means the only solution to the problem. Women will have to be their own champions by supporting one another and taking credit for their contributions. To quote Christina Riesen, “If they do not give you a seat at the table, you go ahead and bring a folding chair.” 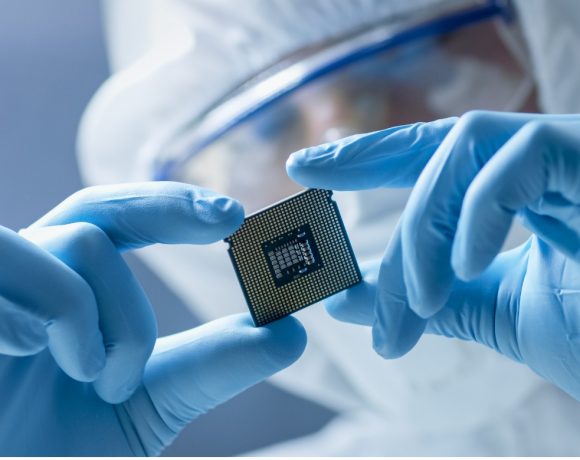 Edge-AI chips for the next generation of IoT devices