Salty water, uncertainty and u.. 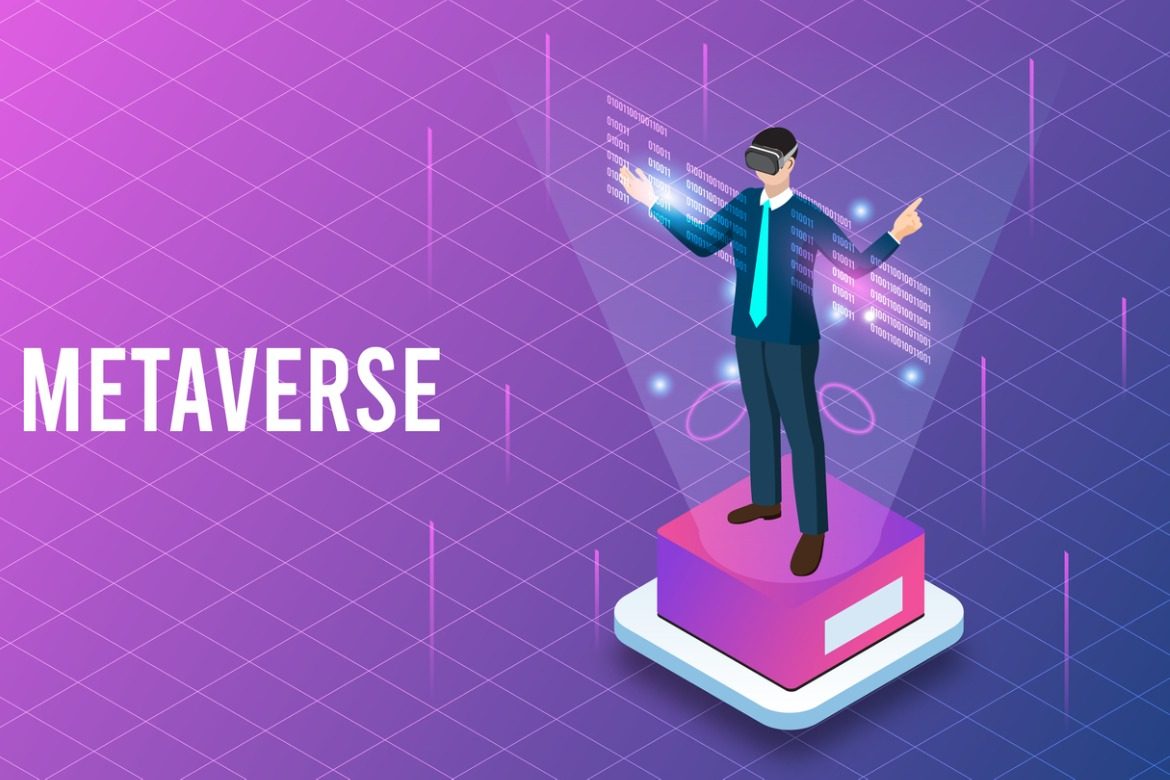 In his 1992 utopian novel, Snow Crash, the American author Neal Stephenson depicted the emergence of a virtual, parallel reality into which humans could escape from a world crippled by social inequities, racism, conflicts, surveillance and hyper-capitalism. In this seasoned new cathartic world, netizens could interact with each other, unrestrained by the rules of physics and society. When, at the end of 2021, Facebook’s CEO, Mark Zuckerberg, announced the rebranding of his firm into “Meta”, it seemed that we were closer to Stephenson’s concept than expected. The true potential of the Metaverse and its consequences on societies, economies and human psychologies is undeniably difficult to grasp. It is, however, certain that the Metaverse will be among the defining technologies of our era, and Taiwan is already competing to safeguard its spot at the top of the Metaverse race.

In many ways, elements of Stephenson’s Metaverse have been among us for a fairly long time. One can think of immersive games such as World of Warcraft or Fortnite, two “massively multiplayer online games” (MMOG) in which humans engage in virtual quests through avatars they can craft and modify as they wish. The movie Avatar, released in 2009, also showcased a faraway civilisation of giant human-looking species that real people controlled through a portal. To a certain extent, the everyday use of video-meeting applications such as Zoom, Webex or Skype can be considered a part of the Metaverse, which could be the next logical phase in the development of the internet.

Yet, the potential of the Metaverse – unlimited on paper – also includes something truly revolutionary. Because of its immersive character and prospective disconnection from the “real world”, the Metaverse can be seen as some sort of utopia. It is neither closed nor entirely open; it is an amalgam, a compilation of different virtual worlds and realities that interact with one another to provide cross-world ecosystems. As Jensen Huang, a Taiwanese-American and the founder and CEO of Nvidia, asserted: the Metaverse aims to become “a virtual world that is a digital twin of ours.”

This development is sustained by coupling the Metaverse with other emerging technologies such as Blockchain, Non-Fungible Tokens (NFT), Cryptocurrencies and Artificial Intelligence (AI). A perfect illustration of this cocktail of new technologies can be found in a news piece reported on November 12th 2021: the journal The Economist stated that a unique AI-generated copy of the Mona Lisa was purchased with bitcoins through the Blockchain provider Ethereum in the Metaverse.

The Metaverse industry will become a mammoth-sized market counted in trillions of dollars in the coming years. The actors who secure a spot at the top of this industry and who draft the rules of the game will undoubtedly be predominant in the decades to come. Hence Taiwan’s engagement in the Metaverse.

An avatar is standing in front of the Sotheby’s Art Museum in the Metaverse.

Taiwan’s high ratio of internet mobile penetration and its digitally savvy consumer base, there is good reason to believe that the Metaverse will encounter enthusiastic users in the island nation and represent a great opportunity for Taiwan’s economy and technology industry. The key to Taiwan’s upcoming success in this emerging technology could lie in the island’s advantage in two prevailing fields: hardware and software.

No matter how cutting-edge technology is, it will always need certain hardware to function. In fact, the Metaverse is highly demanding in hardware resources. It relies on physical platforms allowing users to join the virtual world, be it a smartphone, a computer, a Virtual Reality (VR) headset, Augmented Reality (AR) goggles or all of them together. These physical carriers are all composed of advanced microchips and processors, without which they cannot work. As Jun Wakabashi, an analyst at Appworks, argues, “Hardware will certainly be a critical component in creating an immersive experience for users.”

Fortunately, Taiwan’s TSMC and UMC dominate the microchip industry with 62% of the world share and a greater part of the next generation of microchips, making the island a linchpin on the global stage. Firms, directly or indirectly linked to the Metaverse, have spearheaded massive developments in this domain. Ennoconn, a Taiwanese subsidiary of Apple’s supplier Foxconn, is set to engage in a joint Metaverse project with Google, in which the tech giant has already invested 40 million USD. The project is a software that provides Metaverse users with an application which streams online virtual music concerts they can join with an avatar. Another major Metaverse player in Taiwan is the firm HTC which is currently developing the next generation of VR glasses and partnering with Meta in this domain. As Mr Wakabayashi puts it, “In many ways, ‘Metaverse’ is a rational extension of Taiwan’s core capabilities which increasingly lie at the intersection of hardware and software.”

Besides the purely technological domain, Taiwan can count on its human resources and innovative potential, which are widely acknowledged internationally. It is no surprise that Meta opened its first Metaverse XR (a term for Extended Reality and compiles both AR and VR) Asian base in Taiwan in early May 2022. Indeed, Meta knew that Taiwan would find a fruitful combination of a capital-intensive economy, well-educated talent and technology-friendly customers. The possibility of collaborating with Taiwanese authorities, namely the Taiwan Economic and Trade Network, experienced in investing in and handling high technology, was certainly a key element in this decision.

Regarding innovation, a Taiwanese music label called “0x0” was the first ever to provide services in the Metaverse, paving the way for a new era of global music production and consumption. Using NFT and Blockchain as financial drivers and supports, this label offers to connect artists and users in the Metaverse to diversify content and the experience of listening to music.

The necessity of a rules-based Metaverse

The Metaverse is a technology that is likely to have profound economic, social and philosophical consequences in the lives of billions of people in the future. It is, therefore, all the more important to identify the possible threats this new technology could drag up by regulating this nexus in appropriate ways. Readers might remember that many observers thought that, at the beginning of the 2010s, social media such as Twitter and Facebook were great tools serving mankind by providing a platform for free speech and democratisation. Today, we know that social media are plagued with hate speech, discrimination, disinformation and state-driven propaganda.
Given the potential of this technology, a lawless Metaverse kept unregulated by giant tech firms could have far-ranging and disruptive consequences for topics as varied as global politics, tax rights and international finance. These consequences are already here: a 2018 study by the company Extended Mind found that 36% of males and 49% of females who used VR technology had experienced sexual harassment.

Which laws of the real world will apply? Who will police the Metaverse? These are legitimate questions regarding the future of the Metaverse. The main problem is that going from social media to the Metaverse means shifting from moderating content to regulating behaviour. This is uncharted territory, and it is imperative to define as soon as possible what laws and rules – some sort of Lex Metaversica – will apply to avoid emulating the mistakes of social media, which expert Louis Rosenberg described as the “Ecosystem of Dystopia”.

One way to do this would be to make the governance of the Metaverse more transparent and accountable at each level through which private companies engage users in the platform. Known as the 3Ms of online marketing, advertisement firms have a plan: monitoring users by tracking and documenting what they do; manipulating users by orienting users towards what the firms want them to see, and monetising users by offering and advertising products according to their preferences. If left to operate entirely in a vacuum, firms and private companies would be entirely free to use the 3Ms within the Metaverse, and this could create immense risks for the very future of democratic societies and human psychological health. 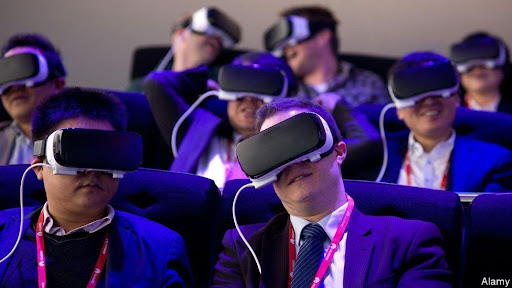 This is exactly where Taiwan, with its democratic and resilient society, close to the challenges that technology poses, can be a force for good, advocating for an inclusive, transparent and fair Metaverse for the future. Positing the Metaverse as a collaborative and bottom-up platform, a global public good, would assuredly make it more just for generations to come.

According to the French philosopher Jean-François Lyotard in his book Postmodern Condition, the contemporary world is characterised by strong credence in meta-narratives – grand explanations, such as the founding texts of religions and the basis of political ideologies – that have allowed mankind to pursue moral and ethical goals such as reason, good, truth and progress for millennia. In many ways, the rise of the Metaverse, not only as a technology but also, first and foremost, as an organisational concept of our society, highlights that the tide has turned, that science and technology have become ends on their own. Thus, science and technology are becoming the ideals that lead our human existence, detached from any greater moral aspiration.

The idea of getting so deeply involved with a parallel universe that it makes reality theoretically unrecognisable is chilling. Having to escape the grind of our world to join an artificial computer-based heaven is no less scary. This dystopian world is closer to us than most would expect. As much as the Metaverse creates great opportunities for the environment, education and even productivity, it undoubtedly unleashes forces and potential risks on our society that we have not even started considering. Instead of looking beyond the mirror and acting as though it does not exist, mankind needs to confront its imperfect reflection and accept its flaws in the hope of improving itself. As Lyotard wrote, as an implied warning for the next generations: “It is our business not to supply reality but to invent allusions to the conceivable which cannot be presented.”

Arthur Lusenti is a Junior Officer at the Trade Office of Swiss industries (TOSI) in Taipei, where he plans and implements various projects in the fields of economics, culture, technology and innovation. Prior to coming to Taiwan, he achieved his military service in Switzerland. He completed his Master of Arts in International Affairs (MIA) at the Graduate Institute of International and development Studies (IHEID), in Geneva.