The golden age of IC design in.. 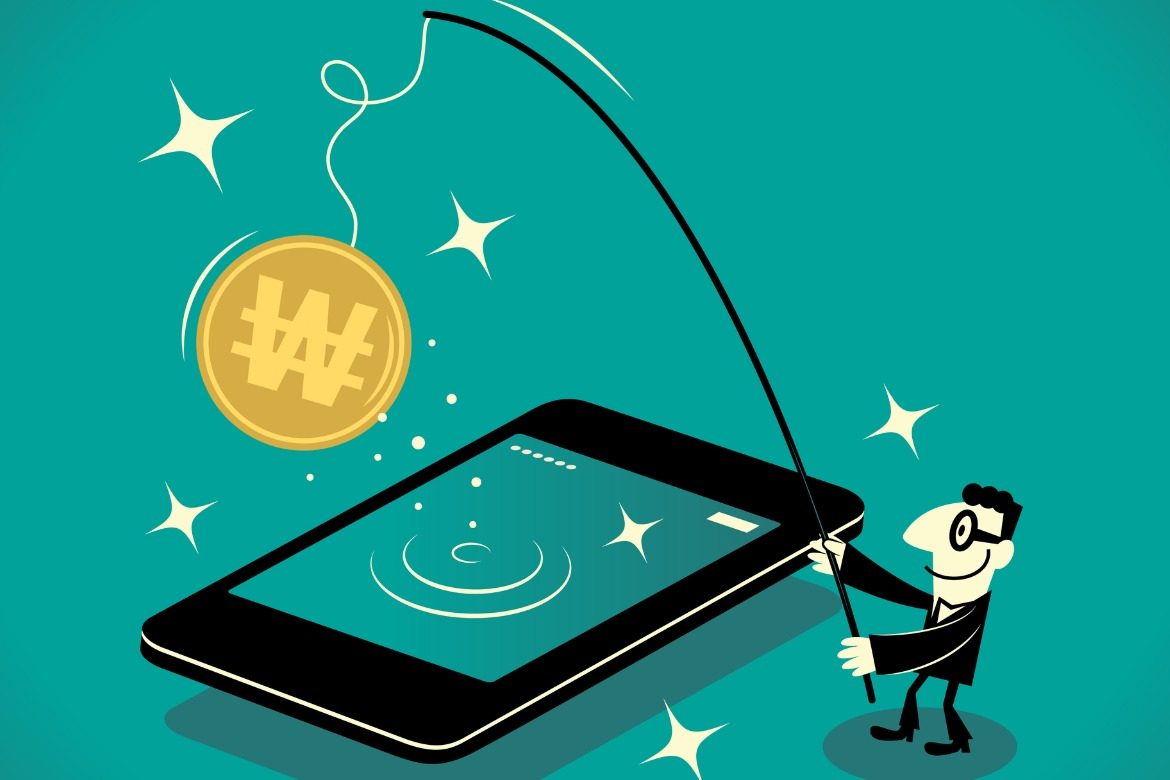 South Korea is one of the countries that lead the world in building and deploying 5G technology. The country is also championing the highest smartphone penetration rate. Being the home of global leaders such as Samsung Electronics and Hyundai Motors, Korea is indubitably a high potential country for startups. In 2017, the newly elected government launched the Ministry of SME and Startup, intending to make Korea a startup-friendly nation. As the result of several years of efforts, Korea has become a great place to start a business and find growth. During the first half of 2021, the South Korea startup ecosystem was booming, with companies raising a total of over 1 trillion won. This record-high number shows the dynamism of the startup ecosystem and the availability of cash for promising companies.

Unlike Hong Kong and Singapore, Korea has a more significant and very homogenous population, making it easier to identify consumers’ needs. But on the negative side, language becomes a barrier, and most foreign entrepreneurs need language support to deal with their Korean counterparts. Having local partners is, therefore,  undoubtedly one of the conditions to succeed. Despite the government’s efforts, companies cannot avoid facing red tape, mostly when dealing with supporting programs. Nevertheless, the high efficiency and positive attitude counterbalance this at every level of the administration and private sector, so companies still end up achieving their goals very rapidly.

Koreans on average held 3.9 credit cards in 2019, and the number is continuously increasing. Combined with T-Money for public transportation, Koreans can pay almost all daily transactions, even their taxes, with credit cards. This has reduced the need for other payment methods. Nevertheless, the digital payment sector led by Kakao Pay, Toss, and Naver Pay, has continued to grow since 2016. The social media payment gateways are mostly used for e-commerce payments, since they are more convenient than credit cards and traditional bank transfers. Currently, there is no dominant player in this sector. In November 2021, Korea became the first country in the world to legally allow app developers to offer third-party payment services at Google Play or Apple Store. It was a remarkable victory for third-party payment systems as it opened the door for many innovative solutions.

Blockchain-based technology is popular in Korea, and all major financial institutions have established an internal research body to develop applications. In 2018, Shinhan Bank initiated a project to implement a blockchain-based work process to expand the use of the new technology to the full extent of its financial services and internal protocol. Hana Financial has also set up the Digital Transformation (DT) Lab to develop Blockchain and AI-based solutions to provide customers with a new digital finance experience.

Although the Korean government wants to promote blockchain technology, it has taken the opposite stance on business related to virtual assets. Korea has strict control over overseas money transfers, and since cryptocurrencies, by nature, can allow any individual and organisation to move money without any restrictions, they are perceived as potential tools for financial crimes, such as tax evasion and money laundering. The currency control created situations in 2018 and 2021 where Bitcoins were traded with a hefty premium (called “Kimchi Premium”).

From March 2021 onwards, Virtual Asset Service Providers (VASP) had been performing a real-name verification of the bank account along with complete AML/KYC procedures. The law became effective in Sep 2021, and VASP, which could not comply with the new requirements, had to stop their business.

Upbit is the largest South Korean cryptocurrency exchange with a daily trading volume of 11 billion USD. It’s followed by Bithumb and Coinone with around 1.3 billion and 400 million US respectively.

Introduced in 2016, the total amount of P2P lending grew to 10 trillion won. The industry is competitive with over 200 lenders. Some specialise in real estates, such as Tera Fund5ing, and others are focused on business and consumer lending, such as WeFunding.

Despite its success, the industry suffers from a high delinquency rate. The Korea P2P Association reported that the delinquency rate in Jan 2020 was 9.32%. When P2P started in 2016, the rate was below 1%. The problem for the industry was the inability to assess borrowers’ credit properly, as traditional banks don’t share their data.

For consumers’ protection, in October 2019, the National Assembly approved the Online Investment-Linked Finance and Protection of Users Act, also known as the P2P Act. Under the new law, P2P lending companies must have a minimum of 500 million won in capital and cannot pay interest higher than 24%. An individual can only invest up to 30 million won. They will also be required to publicly disclose financial information, including any financial incidents, delinquency rates of 15% or higher, and sales of bad loans.

In October 2021, BRV Capital Management, an early investor in PayPal, led the latest funding round with 43 billion won investment in 8Percent. Early in July, Lendit secured funding of 50.4 billion won. Those two big fundraisings proved that there is continued interest in the P2P lending space.

Robo Advisor platforms started in 2016 in Korea, and their popularity is growing every year. During the Covid-19 pandemic, there was a surge in demand for online investment management services, and the three biggest Robo Advisor platforms – Fount, Aim, and Fint saw a total money inflow of 1.18 trillion won in 2020, almost five times more than in 2019. The current low penetration rate of 0,05% (compared with over 2.5% in the US) shows that there is still a big potential for growth in this industry.

–Korea Startup Grand Challenge (https://www.k-startupgc.org) selects 60 companies worldwide each year and provides them with help for visa application, legal advice, and mentoring. The program also offers financial aid, with a prize of $120,000 for the best startup at the end of the three and half month program.

–Seoul Fintech Lab (https://seoulfintechlab.kr/en/) provides selected Fintech startups with a free office for up to 2 years in Yeouido and continuous support for networking and business opportunities. 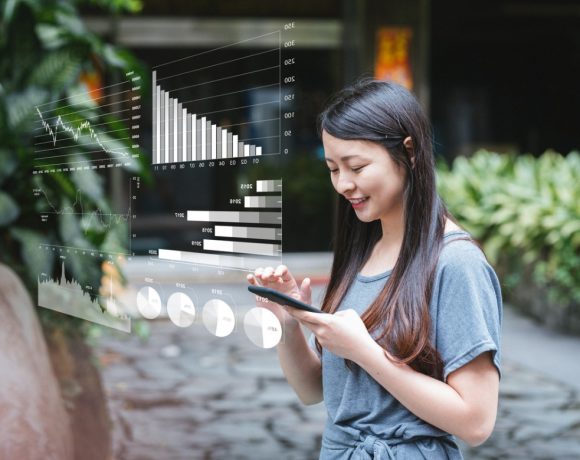 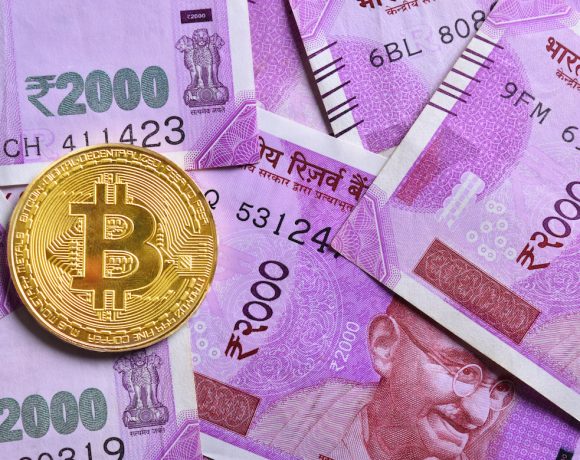 Chea started his carrier in Paris working as a Quantitative Analyst and subsequently became an Equity Derivatives trader. He moved to Tokyo in 1992 and then to Seoul in 2005 as Head of Trading for Macquarie Group. Being passionate about technology and Artificial Intelligence, he started to use AI for investment decisions after he took the responsibility of the Strategic Investment Portfolio in Hana Financial Investment in 2016. Finally, in 2019, he created his own company XQuant with several former colleagues from Macquarie. XQuant is specialized in providing automation, data analytics to Financial Institutions and currently has 15 staff worldwide. Being a French national with a Chinese background, Chea is deeply in love with Asia, its people and culture. Besides English, French, and Chinese, he also speaks Japanese and Korean.