Bringing technology to the forefront of pandemic p...

Bringing technology to the forefront of pandemic preparedness 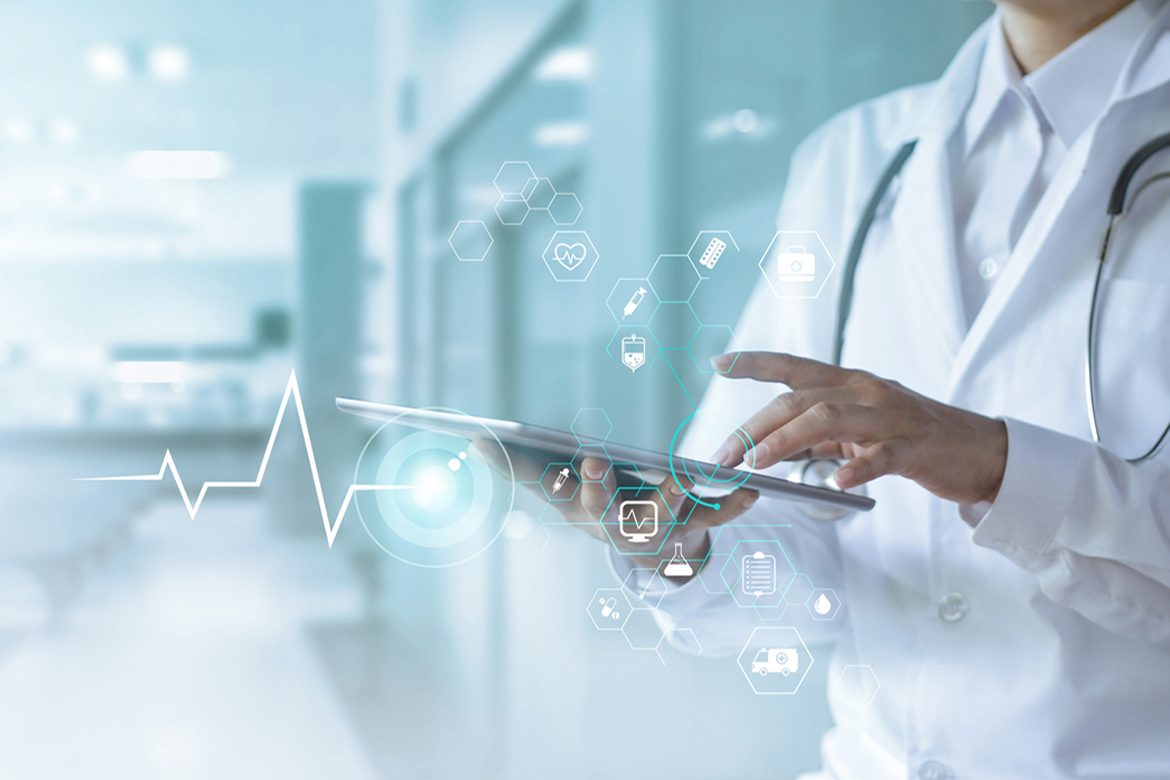 Integrating technology into healthcare delivery or disease surveillance has been a contentious issue. While the generic benefits of technology in healthcare are universally acknowledged, the pitfalls of data security and reliability, and its limitations in complementing the work of healthcare providers have slowed down the rate of adoption.

That is not to say that there has been no progress. The world of telemedicine has indeed come a long way from the SARS outbreak in 2003. Today, we have technologies to predict such outbreaks: an AI bot, Bluedot, developed in Canada predicted the spread of the Coronavirus days before the outbreak in Wuhan. The bot also predicted the countries that would be most affected by it. However, Bluedot’s predictions were ignored by decision-making officials worldwide. Hence, while there has been progress, skepticism in the effectiveness and reliability of these technologies persist.

However, the pandemic seems to have alerted healthcare professionals, epidemiologists, and the common man alike to the indisputable merits of technology – that of reaching the nooks and corners of the world to gather and disseminate information – a factor that has proved critical in monitoring and managing the spread of the virus. The use to which technology has been put during the Coronavirus crises might favourably change perceptions and increase the level of adoption in the future.

A conversation with Indian and Swiss epidemiologists and telemedicine experts, Mr. Vasilieos Nittas from University of Zurich, Dr. Swapnil Gadhavae, (IIPH Bangalore campus) and Mr. Sandeep Kunkunuru, CEO Vaidyamegha (PhD Candidate at IIPH Hyderabad)  on the role of telemedicine (in the pre- and post-covid era) sheds light on the role it has played so far, and its potential to be scaled up.

Over the last decade, India has slowly and steadily increased the adoption of technology in medicine. The Indian Space Research Organisation (ISRO) made the first attempt at linking technology to healthcare by connecting the urban and rural centers of Apollo Hospital, a premier hospital chain in the country. Super-speciality consultations were provided from Apollo Hospital in the city of Chennai to its rural arm at Aragonda village in the state of Andhra Pradesh. From teleconsultations and maintenance of online health records by rural healthcare workers to disseminating medical reports, advice and imagery via Whatsapp, India has come a long way in integrating technology into day to day medical care.

Sandeep Kunkunuru is of the opinion that while much has been done, there is still a long road ahead for telemedicine in India. He adds that Electronic Medical Records (EMR) and Electronic Health Records (EHR) have never been more critical than at present – these help doctors focus more on contactless medicine and allows for better triaging and facility upkeep, sanitisation, etc. “Telemedicine can bring down costs and increase data security to a great extent. It can also increase overall communication – (machine-to-machine and bot-to-bot) – freeing up humans to focus on humans, while everything else is being taken care of”, says Sandeep. The Arogya Setu App is a classic outcome of such an initiative.

Swapnil Gandhave, on asked about the learnings from Covid management, says, “a few important takeaways that come to mind are home-based monitoring and follow ups for identifying case contacts, mobile-based data collection and monitoring for early warning development systems, and connecting completely isolated or partially isolated quarantine clusters with health facilities doing teleconsulting and telemonitoring.” The digital lessons from COVID management can be potentially applied towards geriatric health management as well.

The growing acceptance of technology in Switzerland

In Switzerland too, COVID-19 has brought the healthtech’s system’s strengths and weaknesses into sharp focus. Switzerland has effective data collection methods in place. eHealth-Suisse is an online portal that acts as a coordination point for the digitisation of health data at cantonal and federal levels. What is needed (worldwide) are better surveillance systems as well as the willingness to tap into existing, non-conventional data streams to contain the pandemic. “We need surveillance systems that are preventive, rather than reactive – ones that trigger alerts faster. AI and big data streams can be very useful in developing such systems. There may be limitations to using AI, but epidemiologists need to keep an open mind”, says Vasileios.

However, Vasileios Nittas notes that the most significant development that occurred in Switzerland during peak COVID time was the growing acceptance of technology. Simple telemed solutions were being integrated into medical systems without much cost or effort. During the lockdown, people had to rely on Whatsapp, Facetime and Skype to stay in touch with friends and family. The exposure to these technologies have increased, especially among the elderly, which is likely to work in favour of telemedicine in the future.

In Switzerland, there are at least 2.5 million telemedicine consultations per year. However, there is no formal system for vetting the technologies being used. General practitioners are hesitant to use technology for fear that it would be costly and time consuming, and would not be easily integratable into their practice. “ Most of the telemed solutions are not vetted in a way to answer the above questions, a big barrier to acceptance and adoption by the broader medical community. Some solutions are being vetted and approved by medical/healthcare insurance companies with guidelines. However, if the core questions are not clearly addressed, adoption is tough. A more systematic approach in vetting and evaluating some solutions are required in Switzerland”, says Vasileios.

How data can play a role in pandemic management

The Ministry of Health in Switzerland has an online portal with COVID-19 data sets that can be accessed by epidemiologists. Initially, the data showed suspected or confirmed cases, but expanded to include age, graphics and comorbidities at the cantonal level. However, the data was often delayed, incomplete or inadequate – a condition that can be potentially corrected by integrating large data streams from other sources. Vasileios hopes that the weaknesses seen during the epidemic, especially in disease reporting and prevention, would encourage epidemiologists to use alternative data sources in the future.

Similarly in India, Swapnil and Sandeep emphasise the need to integrate veterinary data with human epidemiological data, particularly for diseases of zoonotic origin like COVID-19. According to Sandeep, combining relevant data sets from varied sources, genetic information, densities of populations, the factors that add to the pathogen breeding, etc., are all starting points for integration. The use of alternative digital tracking systems will significantly augment epidemic monitoring.

The pandemic has been an opportunity for the healthcare community and government authorities to bring telemedicine to the forefront of healthcare delivery, rather than keeping it on standby. If used correctly, it has the potential to predict and prevent similar outbreaks in the future or possibly even eliminate it. One can hope that the learnings from this pandemic and the suggestions of numerous public health experts and epidemiologists will be heeded and better systems will be put in place. To quote Vasileios, “hopefully, before the second wave comes, we will be better prepared”. 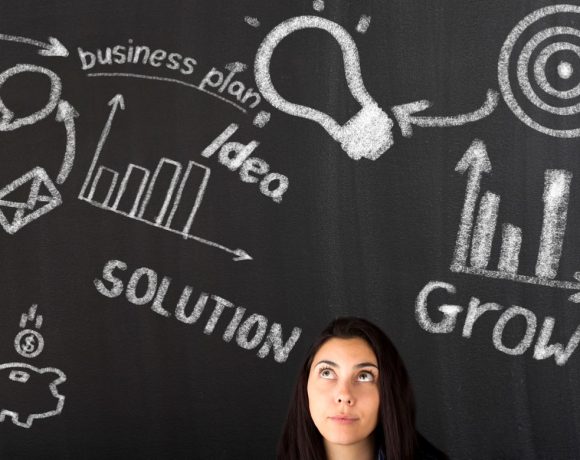 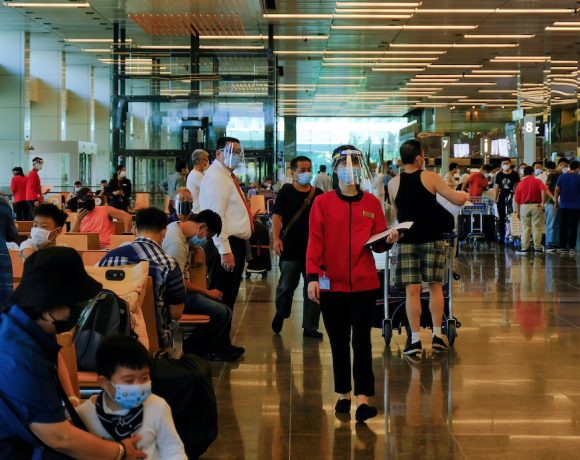 Aparna lends her support to the health and life sciences initiatives at Swissnex India. She was closely involved in the curation and implementation of Digital Health Conclave 2019, hosted in Bangalore for Swiss healthtech entrepreneurs.